What Is The Antenna Effect in VLSI? - ChipEdge VLSI Training Company

What Is The Antenna Effect in VLSI?

The most sensitive component of a MOS transistor is the gate oxide. During the construction of an ASIC, special care must be taken to safeguard it from damage both throughout the fabrication process and during the functioning of the ASIC. Some unwanted impacts can arise throughout an actual manufacturing process. The antenna effect in VLSI, also known as plasma-induced gate-oxide damage or plasma-induced damage, is one of them.

The antenna effect in VLSI is also known as plasma generated gate oxide damage. It is a phenomenon that can result in yield and reliability issues when MOS integrated circuits are manufactured.

What is The Reason Behind The Antenna Effect in VLSI?

If a conducting material or wire is linked to the device’s gate, the wire acts as an antenna, inducing a considerable amount of charge, and diodes produced by drain and source diffusion layers can conduct a significant amount of current. Finally, the antenna effect causes gate failure or I-V characteristics to deteriorate.

Changing threshold voltage; lower device life expectancy; increased gate leakage are some of the issues that might arise.

Antenna guidelines have been established in order to prevent the concerns mentioned above.

The word ‘Antenna Effect’ may not immediately conjure up images of electromagnetic radiation or transmitter-receiver systems, however this is not the case. As a result, it has another common name: “Plasma Induced Gate Oxide Damage,” which accurately describes the impact. This is a result induced by Gate Oxide Damage generated by the Plasma Etching process during the production of VLSI devices, as the name implies.

When and How Does It Occur?

What is The Consequence of the Antenna Effect and Its Solutions?

Metal Jumpers: Break signal lines and use jumpers to route them to the top metal layers. The lengthy wire connecting the gate and route to the higher metal layer is broken when a jumper is inserted. As a result, it grows shorter and less capable of charging. If an antenna violation occurs on a metal layer, use upper metal layers as a metal jumper because all of the lower levels have previously been produced.

Diode Insertion: Connecting reverse biased diodes near the gate input when a net is violated gives a discharge channel to the substrate, saving the transistor’s gate. The addition of a diode increases the area as well as the capacitance, resulting in a delay increase.

The circumstances that lead to development of antenna effect in VLSI, are defined empirically for each procedure and are dependent on the technology employed to create the chip. Once they’ve been determined, they can be used to create a set of antenna rules that can be programmed, similar to traditional DRC rules. Learn more about antenna effect in detail by registering for online VLSI courses on Chipedge which is the best VLSI training institute in India for online VLSI training. There are several online VLSI courses on this website for starting a successful career in VLSI industry. This VLSI training institute offers various VLSI job oriented courses like Physical Design course, Design Verification course, ASIC verification course, DFT course , chip design course and many more. Register yourself for the best courses today! 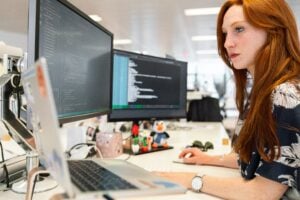 What is Scripting language and it’s usage for VLSI engineer 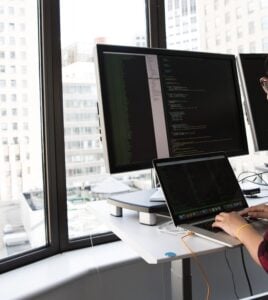 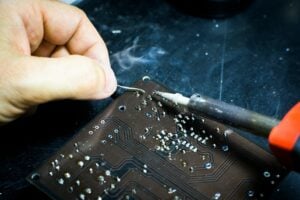 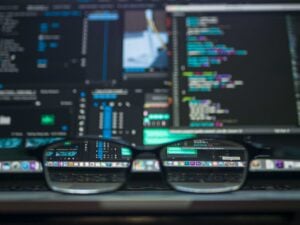 Know the difference between Verilog and Systemverilog

Why is UVM Verification Critical for Success in Chip Design?