What are the OOPS Concepts in SystemVerilog? - Chipedge.

Admissions are now open for weekend batches. Avail an early bird discount of up to 10% for the PD, DFT and DV courses. Register now!!

What are the OOPS Concepts in SystemVerilog?

SystemVerilog is an object-oriented programming language used to model, design, simulate, test and implement electronic systems. In order to grasp the capabilities of OOPS in SystemVerilog, we must know the concept of objects, class, method, inheritance, encapsulation, abstraction, polymorphism in OOPS. In contrast to procedural programming, OOPS in Verilog organises programmes around objects and data rather than actions and logic. The main goal of an OOP-based language or specifically, OOPS in SystemVerilog is to figure out what objects to handle and how they relate to one another. When compared to procedural languages like Verilog, OOPS provides more flexibility and compatibility.

In this article, we will learn about the use of OOPS concepts in SystemVerilog.

What are the basic OOPS Concepts in SystemVerilog?

The concept of OOPS was first implemented in SystemVerilog, which is the first hardware design and verification language. OOP is the most widely used programming paradigm in today’s software, combining programme and data into an object structure that encompasses both what must be done and how it must be done. Object-Oriented Programming is meant to expose verification engineers to SystemVerilog’s class-based programming. Some of the basic concepts of OOPS in SystemVerilog are Dynamic processes, mailboxes, classes, inheritance, and polymorphism.

As the cornerstone of the testbench automation language, SystemVerilog introduces classes. Classes are used to model data, and their values can be generated using restricted random methods. A class is a data type that has been specified by the user. Data (properties) and tasks and functions to access the data make up classes (called methods). Classes in SystemVerilog allow encapsulation, data hiding, inheritance, and polymorphism, which are all features of object orientation.

The capacity to build new classes based on existing classes is one of the most important characteristics of OOPS in SystemVerilog. A derived class inherits its parent or base class’s attributes and methods by default. The derived class, on the other hand, may add new properties and methods or alter the inherited ones. To put it another way, the new class is a more specialised variant of the old one.

It’s sometimes helpful to create a class without meaning to produce any of the class’s objects. The class’s sole purpose is to serve as a base class from which further classes can be derived. This is known as an abstract class in case of OOPS concept in SystemVerilog, and it is declared with the term virtual. Virtualization may also be used to call methods. This implies that if a derived class overrides a virtual method, the signature (return type, number and kinds of parameters) must be the same as the virtual method. A body is not required for a virtual method in an abstract class; this must be specified in a non-abstract derived class.

Also Read: The impact of artificial intelligence in vlsi design

What’s the Need for OOPS in SystemVerilog?

OOP introduces the notion of a class, which is a collection of data and methods that is dependent on object activity. In contrast to procedural languages, the idea of class and object adds dynamism to a code and, more crucially, makes it reusable. The notion of OOP is used in languages such as SystemVerilog, Java, and C++.

Who can learn SystemVerilog?

This course is basically for students and engineers who want to understand the fundamentals of developing testbench using OOP principles in a short amount of time and verification engineers who wish to brush up on their OOPS concepts in SystemVerilog principles.

To wind up, OOPS in SystemVerilog is meant to expose verification engineers to SystemVerilog’s class-based programming.

Also Read: Vlsi and embedded systems all you need to know

Why is UVM verification critical for success in chip design? 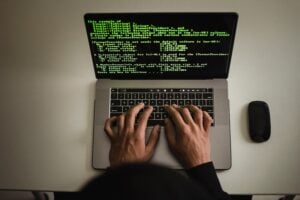 What are the best semiconductor companies in Bangalore for freshers? 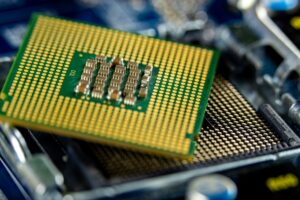 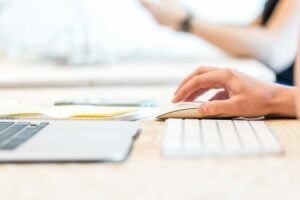